A Missouri House bill that looked to expand charter school options across the state didn't make it through the Senate in May, but the issue of expanding charter schools in Missouri could return in future legislative sessions.

Right now, charter schools are allowed only in Kansas City, St. Louis, and under limited conditions in other parts of the state. Missouri House Bill 634 aimed to change that. It passed the House, but didn’t make it out of committee and to  a vote before the Missouri Senate adjourned. Legislators are free to pick up the issue again next session.

But what exactly is a charter school?

According to the National Charter School Resource Center, a charter school is a school in which there is a contract between a school and an independent sponsor. It’s publicly funded and is allowed to operate under its own rules rather than the ones set by the school board. Students have to apply to go there, and charter schools can be selective about who they let in.

Peter Stiepleman, the superintendent of Columbia Public Schools, says if a charter school were to open up in Columbia, it would have a big impact on funding for the district’s schools.

Columbia Public Schools receives $8,420 per student attending public schools, Stiepleman says. If a charter school were to open with 100 students attending it, the public school system would lose $842,000 in funding.

That’s what it costs to employ 14 teachers, Stiepleman says.

“A hundred students is a drop in the bucket for us in terms of missing students, but it means the world to us when it comes to funding,” he says.

Funding charter schools isn’t what the taxpayers had in mind for their taxes, says Jan Mees, a member of the Columbia Public School Board of Education and president of the Missouri School Boards Association.

“It dilutes the funding that the public have voted on to go to public schools and disseminates them to nonpublic schools, which is not what our laws are really all about,” Mees says.

In March, the Columbia school board passed a resolution in strong opposition to charter school expansion as part of its legislative agenda, she says.

The Missouri Parent Teacher Association put out an action alert, giving parents and teachers a way to contact their representatives, saying that House Bill 634 is not a good option for promoting charter schools across Missouri.

Carla Wiese, vice president and director of legislation and advocacy for the Missouri PTA, says the Missouri PTA doesn’t support charter schools that are controlled by non-public entities.

“It puts the children at a disadvantage because they are not held to the same standard that public school students are held to,” Wiese says.

“That accountability of the locally elected school board is important for all students and for the community,” Michelson says.

Douglas Thaman, the executive director of the Missouri Charter Public School Association, says funds for education should follow the children rather than be directed into the public school system.

“Taxpayers are paying their tax dollars for public education and those dollars belong to the children who are enrolled in the school,” Thaman says.

The addition of charter schools can help provide choice for families without having to enter private education.

Alex Miller, a Columbia parent, testified for House bill 634 because he says he sees charter schools as another option to public schools.

“For a variety of reasons, some due to test scores and things, it would just be really nice for me to have an option to look at something else,” Miller says.

Thaman says that the option of choice allows parents to choose a school that best meets the needs of their children.

However, Stiepleman says there are already options in Columbia.

“We do recognize that we have to respond to the community’s interests and needs, and we are providing choices,” Stiepleman says.

Stiepleman says Columbia has two small, autonomous schools. He says those schools are self-governed and have a lot of flexibility in decision making for the school. They just have to follow the school board’s policies.

Mees says most of the students in Columbia attend public schools.

“But as a whole Columbia public schools offer some kind of choice, which is what a charter school is trying to do,” Mees says.

Thaman says the addition of charter school in public education would create more competition, which will in turn help education strive to get better.

“If there’s only one provider, there is absolutely zero motivation to ensure the provider continues to improve,” Thaman says.

Though the bill did not make it through the legislature last session, there is a possibility for the charter school debate to begin again in the future. In order to do so, legislators would have to introduce a new bill  and start the process again in a new session.

* This story has been updated to make clear that Missouri House Bill 634 did not make it out of committee in the Missouri Senate before the close of the 2017 legislative session. Also, that charter schools may be permitted under limited conditions in other parts of the state beyond Kansas City and Saint Louis. 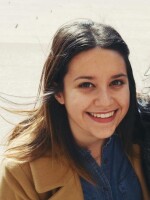 Catherine Wheeler
Catherine Wheeler is a graduate student at the University of Missouri with a focus on radio production. She received a B.A. in English Writing from Fort Lewis College in Durango, Colorado. She has previously reported for the Columbia Missourian and reported on education, arts and culture, and health at KBIA.
See stories by Catherine Wheeler
Related Content