Just before Democratic Gov. Jay Nixon left office he announced the purchase of thousands of acres of land to be made into state parks. These parks –– Eleven Point, Bryant Creek, Ozark Mountain and Jay Nixon State Park –– are spread out across the state. You can’t visit any of these parks though. They’re closed indefinitely.

After the election of Republican Gov. Eric Greitens, Jay Nixon State Park in Reynolds County was closed and the others never opened.

“The Jay Nixon one was open very briefly, but then when this administration came in and we realized there was no boundaries. There was nothing that had been surveyed,” Ben Ellis, director of Missouri State Parks, said. “We didn't want to have people trespassing, so we closed that one until we could at least get boundary signs or the area surveyed, of which we're in the process of doing now.”

Bryant Creek State Park sits in Douglas County, in the district of Rep. Lyle Rowland, R-Cedarcreek. He said former Governor Nixon never should have been purchased this land in the first place.

“There was no openness about it. We didn't get to vote on it. We didn't get any discussions. It wasn't vetted,” Rowland said. “It was one person making a decision that he's going to buy land and open up four new state parks.”

But advocates of state parks see it differently. John Hickey with Missouri’s Sierra Club, an environmental organization, said these parks should be open as soon as possible. He points to the recent Parks, Soils and Water Sales Tax vote, which is the main source of funding for state parks.

“You can just look at that November 2016 vote where 80 percent of the people said we want to fund these state parks and it's a slam dunk that Missourians want these state parks,” Hickey said.

So while the parks sit, without the public able to visit them, the division of Missouri State Parks is trying to decide what to do with them. Ellis said practical concerns make it hard to know how to move forward.

With many existing parks around the state needing repairs, there’s not enough money to do that and also get the new parks ready to open. The idea of selling the land to get the money back has been floated around the legislature.

“A lot of our reps would like to see the property sold and the money put back into general revenue for the purpose that it was received from the lawsuit, but I'm not in favor of that because I think we would lose too much money in doing that,” Rowland said.

Legislators and the division of Missouri State Parks are looking over comments they’ve gathered from the public about Bryant Creek, Jay Nixon and Ozark Mountain State Park to decide what to do with them. And until they make a decision, the parks will remain off limits for Missourians. Which, Ellis said, could take awhile.

“It's not unusual for park land to sit for a period of time until decisions made on how to move forward on it,” Ellis said. “Weston Bend, when that land was purchased it sat there 10 years until a conceptual development plan was created and funding was available.”

Gov. Greitens’ administration did not respond to a request for comment. 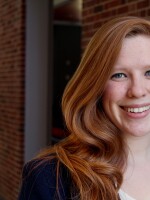 Hannah Haynes
Hannah Haynes is studying convergence radio reporting at the University of Missouri. She spent this past fall interning for a radio program and print publication in Brussels, Belgium.
See stories by Hannah Haynes