The Missouri Human Rights Act prohibits discrimination in housing, employment and places of public accommodations based on certain protected classes including race, color, religion and disability.

Gender identity and sexual orientation are not included in these statewide protections. That means it’s legal in Missouri to fire someone, refuse them service at a restaurant or deny them housing just because they’re gay or transgender. The Missouri Nondiscrimination Act, commonly known as MONA, aims to change that. 2019 marks the 21st year that MONA has been proposed in the Missouri state legislature.

Steph Perkins is the Executive Director for PROMO, a Missouri LGBTQ advocacy group. He says with the current law, some LGBTQ Missourians might feel unsafe coming forward with cases of discrimination.

“If people don't have this protection, even if they came forward, there would be nothing for anybody to do,” Perkins said. “And that does discourage people from coming forward. You're risking a lot to share your story and to file a complaint when there's no protection for you under the law.”

While it’s unlikely that MONA would completely eliminate discrimination based on sexual orientation and gender expression, a Rice University study from 2013 found that by simply adding these protections to state law, the number of discrimination incidents would go down.

MONA has made various forms of progress within the state legislature over the past two decades. For example, when the bill passed the Senate in 2013, then Republican state senator, now Governor Mike Parson voted in favor of it.

This session, the bill was prefiled in the House by two State representatives: Greg Razer, a Democrat from Kansas City and Tom Hannegan, a Republican from St. Charles. Both Representatives Razer and Hannegan are two of just four openly LGBTQ Missouri legislators.

Hannegan says that because he’s a Republican, he can help bring wider support for MONA. “You always think of the Democrats as being the advocates for gay rights, but by adding me into the mix, we're really making a bipartisan issue which I'm very glad about,” he said. “Discrimination isn’t just a Democrat thing, it’s just not a Republican thing. It really is a human thing.”

Representatives Razer and Hannegan prefiled the MONA bill in December before session started. Their goal was to see the bill assigned to a committee in January.

From there, they hoped the bill would be assigned a hearing, make it out of committee and the House, and head to the Senate for a vote, ultimately landing on Governor Parson’s desk to be signed into law.

For MONA, though, the process has been stymied from the beginning. Representative Razer says the bill hasn’t moved since December.

“There it sits. When the bill is filed, it goes to the (House) Speaker's office and then the Speaker has control of it and decides what happens next,” Razer said.

MONA has not yet been assigned to a committee. That decision lies with the Speaker of The House, Elijah Haahr of Springfield. Speaker Haahr declined to comment for this story.

While the bill has been stagnant most of this current session, both representatives Razer and Hannegan are hopeful of it passing. They’re just not confident about how long it will take.

“But that doesn't mean we stop fighting. The thing is, history is on our side. We will get this passed. It may not be this year. It may not be next year. But this will pass,” Razer said.

The legislative session ends in May. Until then, the fate of MONA is up in the air. 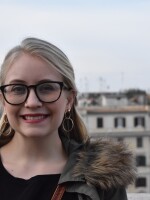