Show Me The State: Diamond Billy

On some days in the early 1900s, you could walk out to the railroad tracks near the Iowa border and watch rail cars full of horses moving in and out of Missouri. Occasionally, also in those cars are elephants, lions and monkeys.

Missouri businessman William Preston Hall is trading in horses for wars and exotic animals for circuses. He hires his neighbors in Lancaster to care for the animals, supply the feed and more. It’s not uncommon to see an elephant wander by your kitchen window.

Hall becomes one of the richest men in Missouri, calling himself the “horse king of the world.” His fashionable appearance earns him the nickname Diamond Billy. That’s not how he started out, though. Hall’s story begins as an illiterate orphan.

Diamond Billy’s rise from rags to riches is only destined for so long, though.

Kristofor Husted
Kristofor Husted is a senior reporter at KBIA in Columbia, Mo. Previously Husted reported for NPR’s Science Desk in Washington and Harvest Public Media. Husted was a 2013 fellow with the Institute for Journalism and Natural Resources and a 2015 fellow for the Institute for Journalism and Justice. He’s won regional and national Edward R. Murrow, PRNDI and Sigma Delta Chi awards. Husted also is an instructor at the Missouri School of Journalism. He received a B.S. in cell biology from UC Davis and an M.S. in journalism from Northwestern University.
See stories by Kristofor Husted 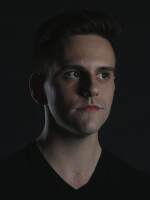