David Tyson Smith Has Only Gotten Closer to the Columbia Community

David Tyson Smith is the Democratic candidate running for Missouri State Representative for the 45th district, which represents the majority of Columbia. If elected, Smith would be the district’s first Black state representative. KBIA’s Xcaret Nunez caught up with Smith before the April 6th election to address his legislative priorities, how his law background has prepared him to handle a supermajority, and how his campaign experience has allowed him to further connect with the community he calls home.

Here’s an excerpt from their conversation.

SMITH: You know, we talk about diversity and inclusion and whatnot, but we often don't see it. And when I came back to the legal community here, I just noticed really a lack of diversity. And it matters, I mean for young people to see that. Because you can tell somebody, “Oh, you know, you can do this, or you can do that, and the sky's the limit.” But until you actually see it, that's what makes a difference. So this has been phenomenal. And it's been surprising, just the level of enthusiasm. And so hopefully, we can really launch a new era here in mid-Missouri, and statewide.

NUNEZ: What encouraged you to step to the forefront and decide to run as Missouri State Representative for the 45th district?

SMITH: You know, the one issue I think, is really pressing that, I mean, we're really in a crisis in Missouri. In terms of the voting issues, I've never quite seen anything like this. You know, Missouri ranks third in the nation and voter suppression laws, and these laws are awful. And the majority knows that if everybody votes, they can't win. And so they're doing everything they can to make sure that people can vote. But there's a bill right now, House Bill 334, you know, requires photo IDs, if that passes in Missouri, well, that's going to cut down the number of people that could vote, you already have to have ID but to make some have a photo ID is going to just suppress the amount of people that are going to come out and that’s a problem.

NUNEZ: If you were to be elected, you'd be potentially having to handle a supermajority. So how will you work with Republicans to create legislative change, for example, voting laws?

SMITH: I think in general, dealing with a supermajority, you're going to have to build relationships with people. You're not just going to go down there and run a dump truck through the house and have it your way a mess is not going to happen. So every day when I get up, I work with people on the other side. And we have to resolve cases. So it's just being able to work with people and you know, being able to establish relationships. I have good relationships with local prosecutors, prosecutors and other areas of the state. And you know, if you're respectful, and you can get a lot of things done, just by talking with people and finding things that you have in common, it's, it's amazing what you can get done. And so you just have to maintain that same spirit of working together.

NUNEZ: And this whole experience of you know, running the campaign, the election, do you feel like you've learned a lot more about your community? Even if you've grown up here your whole life?

SMITH: Oh, absolutely. Absolutely. You know, one of the fascinating things about this process is how much you've learned, and how much you realize you just didn't know. I mean, people will call you and say, “I'm concerned about this issue.” Someone called and said, I'm concerned about COVID distribution in the black community. This was a while this was a while back, and I thought okay, and tell me more about this. And I realized that people in the Black community, were unaware of a lot of these distribution centers, and they weren't getting the information about where the vaccinations need to go. So I helped make sure that communication bridge was fixed, so that information would get to where it needed to be. But yes, absolutely, you know, talking to people, people, you know, give me their ideas. And I always learn from them, I write it down. I usually take notes, and I've got so many incredible notes from people. Citizens just have a lot to say a lot to share, and it's made me better. It's made me a stronger candidate so I can deliver for them.

That was House District 45 Democratic candidate David Tyson Smith talking about his legislative priorities, his qualifications to represent the 45th district, and how his campaign has brought him closer to home. Elections will be held on April 6th.

For more on David Tyson Smith, check out this story from our partners at the Columbia Missourian. 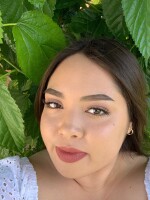