The City of Columbia’s Tree Board, alongside Parks and Recreation, will honor National Arbor Day and Columbia’s bicentennial with a ceremonial tree planting and proclamation of April as Arbor Month.

Parks and Rec will also plant 200 trees throughout city parks to celebrate 200 years of Columbia. Planting these trees will help replace the loss of many ash trees due to an invasive insect, the emerald ash borer (EAB).

Steve Fritz, the City of Columbia’s arborist and a facilitator of this year’s tree-planting campaign, said the EAB is a pest that’s impacted the entire state.

“We're all dealing with a pandemic, and this is kind of an epidemic of our urban forest, here in Columbia and throughout our state in the Midwest, that's devastating ash populations of trees,” Fritz said. “So it's here – we found it in Columbia in 2019, and so now we're trying to mitigate the effects.”

Fritz also said that ash trees make up about 10% of the urban tree population in Columbia. The EAB was first found in Missouri in July 2008. Since then, it has spread to 78 out of 114 counties in the state, according to a 2020 news release from the Missouri Department of Conservation.

Hank Stelzer, MU’s state forestry extension specialist, works with communities throughout Missouri on urban forestry issues. He said humans are responsible for the movement of invasive insects like the EAB.

“The best thing we can do is not move firewood,” Stelzer said. “We take our campfire wood with us to wherever we go, then we don't burn it all and then we leave it… so the beetles can move around that way. But humans, we’re our own worst enemy when it comes to moving invasive things around.”

According to MU’s Tree Pest Extension Program, Missouri went under a statewide firewood quarantine in 2013 to help slow the spread of the EAB. The quarantine, still under effect, restricts people from moving firewood outside the state of Missouri. But officials strongly recommend that people don’t move firewood 50 miles outside from where it was harvested.

Dave Dittmer, the Forester for Columbia’s Parks and Recreation, will present the proclamation on behalf of Mayor Brian Treece. He said recognizing Columbia’s 200th anniversary is a great opportunity for the community to reflect on their care for the city’s urban environment.

“Planting trees can be a long-lasting part of a community and an important part of what Columbia is going to look like in the future,” Dittmer said. “Right now is a perfect time to think about the long-term benefits of what we do and how we treat the environment and work with the environment.”

Fritz said Parks and Rec will be planting a swamp white oak tree at the ceremony, which tends to live on average for 200 to 300 years.

“Trees are always a good way to celebrate an occasion,” Fritz said. “This [campaign] is kind of a reawakening and reemergence for us all after this pandemic.”

For more details about the city’s tree-planting ceremony and campaign, visit the City of Columbia website. 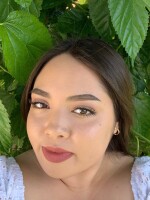