Missouri is looking to hire a new chief financial officer. The State Treasurer’s office is one of the five executive positions up for grabs on Tuesday, Nov. 8.

Judy Baker is a former state representative. Her platform for state treasurer centers improving food security, access to banking services in underserved areas and cutting back on income inequality.

“Those are the economic issues that  are out front on people's minds just making ends meet,” Baker said.

Baker says she wants to expand savings programs for children and financial literacy programs across the state as ways to help Missourians build their financial assets.

“It's more than that I mean is having ownership it's you know being able to say that I have enough resources to go to school to go to trade school to have to be able to a come out of work in order to attend even an apprenticeship at a trade school or to buy a home or start a business,” Baker said.

Baker said that means opportunity for all Missourians, including inmates. She would create a savings program for inmates similar to Missouri’s college savings fund. Inmates would take financial literacy classes while building up their savings account.

“Family and friends could put into it as well so that when they make comes out that that account would travel with them to the reentry program, and  that they would be able to have some you know I nest egg in order to get started and stuff and get on their feet,” Baker said.

Missouri ranks 22nd of 50 states for income inequality, according to the Economic Policy Institute, an independent nonprofit based in Washington D.C.  Baker says one way to narrow down income inequality is by closing the gender pay gap between men and women.

“So as state treasurer I am going to commit to building what I would call an equal pay toolkit which would assist businesses in self assessing and self auditing so that they could see if they’re meeting requirements of the federal law and and also just meeting the requirements of the market,” Baker said.

Eric Schmitt is the Republican candidate for the state treasurer’s office. He’s currently serving as state senator for Missouri’s District 15.  His platform comes down to one main focus:

“Jobs. People being able to pursue their dreams whatever that is,” Schmitt.

Part of Schmitt’s plan to create more jobs is to advocate for more tax cuts, in particular for small businesses across the state.

Schmitt was the sponsor for the 2014 bill that, once fully phased in, will exempt business from paying 25 percent of their state income taxes.  Schmitt says that lowering taxes is one way to incentivize businesses to come to the Show Me state.

Another part of Schmitt’s platform includes revisiting Missouri’s investment policy plan. He says he’s concerned that Missouri money will go to countries that the US State Department has determined as a state sponsor of terror.

“I don't believe that any tax dollars should be used for companies that are doing business with Iran,” Schmitt said.

Some are worried Schmitt’s plans would cost St. Louis jobs from Boeing, an aircraft manufacturing company, that sells passenger planes to Iran.

“So when asked the question about whether or not those tax credits should go to any company that's doing business with Iran, by answer is no,” Schmitt said.

Many of Schmitt’s plans focuses on businesses and taxes. But one piece of his platform is highly personal: expanding a savings plan program for families who have a loved one with a disability.  Schmitt’s  experiences of raising a son with physical and intellectual disabilities pushed him to propose the Missouri Achieving a Better Life Experience program in 2015.

“The Missouri able act where one of four states in unison allow families to save it for the long term you need to log on with a disability like they would for college so the same sort of tax advantage where you can deduct contributions are not tax on the gain so when those loved ones have all those great expenses throughout their life,” Schmitt said. “Here's a savings vehicle this very evening use for these families.”

Both candidates want to work on creating more job opportunities in the agricultural sector and expanding financial literacy across the state.

Libertarian Sean O’Toole is also on the ballot the state treasurer race. 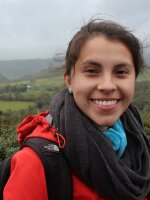