Missouri’s Democratic U.S. senator, Claire McCaskill, isn’t surprised that she’s already among the prime targets for 2018. Democrats desperately want to get her re-elected and Republicans are committed to knocking her off.

Republicans haven’t offered up their candidate yet, but Democrats, who lost every statewide office up for grabs in November’s election, are getting a head start. That’s because, akin to McCaskill's elections in 2006 and 2012, Missouri is considered among a handful of key states that could determine which party controls the U.S. Senate in two years.

McCaskill, 63, didn't attend her party’s annual gathering in Hannibal over the weekend due to a family wedding. But her presence was felt: On each banquet table was a sign-up sheet looking for volunteers to join “Team Claire” and help her campaign over the next 20 months. 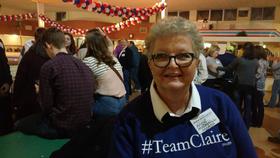 And her sister, Anne McCaskill Moroh, who bears a striking resemblance to the senator, spoke on her behalf. She told the crowd the stakes are high.

Listen
Listening...
/
Listen to Jo Mannies' report on how Missouri Democrats and Republicans already are gearing up for the 2018 U.S. Senate race.

McCaskill told St. Louis Public Radio that she’s committed to seeking a third term because she believes it’s important to challenge President Donald Trump’s administration on many of its proposals.

As she has for months, McCaskill singled out GOP plans to “repeal and replace” the federal health care act. If Republicans succeed, McCaskill said there’s no doubt that millions of Americans will lose health insurance.

Plus, McCaskill said, she believes Missouri voters like to see all points of view represented in Washington, mentioning her colleague, Republican U.S. Sen. Roy Blunt.

“I think our state prides itself on the checks and the balances that are inherent when you have two points of view,’’ McCaskill said.

But McCaskill and other Missouri Democrats are quick to concede that two-points-of-view scenario is in jeopardy. In fact, Moroh’s “fight of our lives” warning also could be applied to the national and state Democratic parties.

Republicans are hoping to finish in 2018 what they started in November — taking down McCaskill and Democratic state Auditor Nicole Galloway.

They have a path, experts and party leaders say, because Democrats’ support has collapsed rural areas. In November, for example, the Democratic turnout across rural areas was about 25 percent lower than it was in 2012. 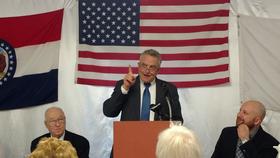 Fixing that is a matter of seeing the Democratic National Committee and other party leaders get out of their comfort zones — and out of the cities, according to former Lt. Gov. Joe Maxwell, a farmer and lawyer from northeast Missouri.

“The first thing is, the DNC has to start putting in some investment and showing up in these states,” Maxwell said in an interview. “And I don’t mean just within certain constituencies in St. Louis and Kansas City, and then trying to outperform in those regions to overcome the losses elsewhere. Show up in the 'elsewhere' as well.”

Republicans are banking that they’ll keep their huge rural edge, a message that was reinforced last month at their Lincoln Days gathering in Springfield.

U.S. Sen. Tom Tillis, a Republican from North Carolina who is the finance director of the Republican Senatorial Campaign Committee, headlined the closing banquet.

“Part of my job next year when I step out of the Capitol building is to find out how we recruit and promote and support candidates in 2018,” Tillis said.

He also made it clear that finding a strong Missouri candidate to run against McCaskill is a priority. In 2012, former U.S. Rep. Todd Akin was undone when he said “legitimate rape” rarely leads to pregnancy, pushing McCaskill to a second term.

Tillis recounted to the crowd a recent fundraising stop in St. Louis.

“I was meeting somebody who was a very generous donor to Republican causes. He said he happens to know the senator and he likes her. I said I agree with that. In fact, if we’re successful in beating her, you can spend a lot more time with her.”

At Democrat Days, new Missouri Democratic Party chairman Stephen Webber was among several speakers who slammed Trump for his character and his early policies.

Webber, a military veteran, was particularly vehement, at one point referring to the president as “a draft dodger” because Trump received deferments.

Later, Webber told St. Louis Public Radio that it’s imperative Democrats not relent when they disagree with the president. He also contended his attacks on Trump were on moral, not political, grounds. 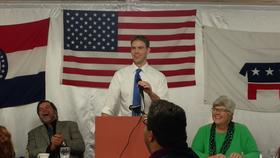 "I think Americans need to challenge him directly. I'm not even concerned about the political strategy,'' Webber said. "I do believe he's a threat to the fabric of our country."

If Trump’s standing among Missouri’s rural voters is still strong in 2018, Democratic leaders fear that McCaskill and Galloway are doomed.

But McCaskill says she’s confident that Republicans will be in trouble with voters in 2018, especially as some of their more unpopular policies, such as the immigration ban, go into effect.

McCaskill also is heartened by the reception she’s getting from average Missouri residents.

“I’ve never felt the kind of support that I feel moving around the state,’’ she said. “The woman at the checkout counter at Schnucks who came from behind her cash register to hug me. The man in the parking lot at the West County mall who walked four rows over to tell me to keep fighting. I’ve never had that before.”

McCaskill predicts that some Republicans may be surprised with her fundraising when her next campaign-finance report is filed in April.

Although several prominent Republicans are being touted as potential contenders, some party activists are promoting Missouri Attorney General Josh Hawley. 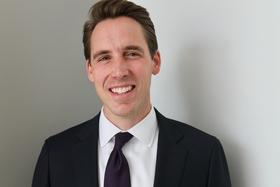 He received the most votes in Missouri during the November election. Even the White House is taking notice: Trump press secretary Sean Spicer tweeted praise last week for Hawley’s comments in support of Neil Gorsuch, Trump’s choice for the open U.S. Supreme Court seat.

For now, Hawley isn’t showing his hand. In an interview at Lincoln Days, he said with a chuckle, “All I’m saying is I’d like to be left alone to do my job that I got elected to do.”

McCaskill’s fate also may depend on young voters. Dozens of them showed up at Democrat Days, including 24-year-old St. Louisian John Gaskin, who sits on the national board of the NAACP. He said Democrats of all ages need to pull together.

“It’s like the Wild Wild West. It’s time to circle the wagons and then during times of depression, you find yourself,” Gaskin said.

Moroh is buoyed by what she sees as a dramatic change in the nation’s political climate since Trump was sworn in, recalling McCaskill’s stunned reaction when the two showed up at the Women’s March in St. Louis the day after the presidential inauguration.

“They all wanted to speak to her, to touch her, to reach out to her. They were yelling, ‘Thank you Claire. You’ve got this Claire, What can we do?’ It really told me, and more importantly told her, that that energy and passion is there, maybe to a degree we haven’t seen in quite a while in this state and this country,” Moroh said, adding: “She came home and said, ‘I feel like I’ve had champagne.’ ”