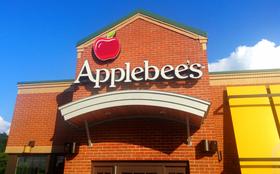 Applebee’s is leaving the Kansas City area after bouncing around the region for decades, collecting tax incentives.

Back in the 1980s, Applebee’s was based in Kansas City, Missouri. Overland Park, Kansas lured the company across the state line in 1993. Fifteen years later, they moved to Lenexa, Kansas, into a new building, with an almost total property tax abatement. Then, four years ago the company moved back to Kansas City ... again collecting millions of dollars in incentives. Lenexa Chamber of Commerce CEO Blake Schreck says Applebee’s illustrates a problem with development incentives.

“And that’s crystallizing what we’re talking about now how often can we allow companies to move back and forth across the state line, and what kind of incentives are we going to be giving them if that happens every four or five years,” says Schreck.

The cut-throat competition to lure companies and jobs across the state line in the Kansas City area is popularly known as the "Border War."  Schreck says that what are colloquially known as “border war committees” in both Kansas and Missouri are closing in on a compact to dampen cross-boarder job poaching.

He says that a compact will likely include a provision under which governments would agree to grant economic incentives only on new jobs created, when a company simply jumped the state line, rather than calculating the incentives on the total number of jobs moving.

He says that some effort to bring some uniformity to Kansas and Missouri state incentive packages is coming and he expects an announcement this fall.

A group of business associations has started a petition drive to try to force a referendum election aimed at overturning Kansas City's new minimum wage law.

The Kansas City Star reports the group has until Aug. 25 to gather about 3,400 signatures to challenge the measure recently approved by the City Council. The measure raises Kansas City's minimum wage from $7.65 per hour to $8.50 per hour on Aug. 24, with annual increases to $13 per hour by 2020.