Starting Thursday, more than 150 people from all parts of the criminal justice system with gather at Washington University to ponder a radical remake of the way this country uses incarceration.

The conference is the first major undertaking for the Smart Decarceration Initiative. Carrie Pettus-Davis, an assistant professor at the Brown School of Social Work at Washington University, is one of the organizers.

What is the 'Smart Decarceration Initiative?'

Pettus-Davis: The Smart Decarceration Initiative is about figuring out a road map for criminal justice reform in this country. Our goal is to substantially reduce incarceration rates, ameliorate social disparities in our criminal justice system, and promote public safety and well-being.

And to do so, we have to have multi-sector criminal justice reform that is evidence-driven, empirically focused, and thoughtful. Otherwise, we'll just return to an era of hyper-incarceration.

Pettus-Davis formed the Initiative with a colleague at the University of Chicago about a year ago. Both were social work practitioners before joining academia.

We've always seen this intersection of things that are occurring with behavioral interventions and how structurally our system ends up inhibiting positive outcomes versus promoting them.

As we saw political will, fiscal will, moral will around the country really start to bubble up for reforms about three to four years ago, we started trying to think about how do we get our hands around this in a way that we don't re-create the mistakes of de-institutionalization of mental health hospitals. 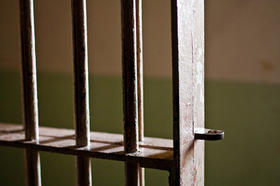 Pettus-Davis: It looks like us only using incarceration in circumstances in which people pose serious threats to other individuals, that we totally rethink how we use jails and prisons in this country, and that we return to levels maybe consistent with the 1970s

It really requires a totally re-imagined criminal justice system that looks almost nothing like the system that we have today.

Why is this realistic?

Pettus-Davis: We've gotten to a point where continuing the damage that occurs by the massive use of incarceration is just not fiscally feasible, and people don't have the stomach for it anymore. I think there's also a little bit of cognitive dissonance that people are starting to grapple with when we live in the United States that's supposed to be the land of the free, but we incarcerate more people per capita than any other developed country in the world.

There's also an increasing desire for social justice for marginalized and vulnerable communities around the country. The millennials especially are great about trying to pursue social justice, and I think people are realizing more and more that you experience the criminal justice system in our country differently based on the color of your skin and how much money you have, which is in direct conflict to social justice. And fundamentally, I think that's something most Americans cannot accept when they realize it.

What is going to make the approach of the Smart Decarceration Initiative different from those of other criminal justice reforms like de-institutionalization?

Pettus-Davis: The goal of de-institutuonalization was to reduce the population of psychiatric hospitals by 50 percent within 10 years. They achieved it -- the population decreased by 60 percent over a decade. But they did not sufficiently think through and resource alternatives in the community. So what we saw instead of de-institutionalization was trans-institutionalization, where people with serious mental illnesses did not get appropriate supports in the community and are now housed in our jails and prisons.

The Smart Decarceration Initiative is saying, we can't just be reactionary. The era of mass incarceration happened as reaction to increases in crime and the crack cocaine epidemic. Similarly, a lot of the synergy between various interest groups are focused on somewhat reactionary policy reforms too, such as shorter sentences, let's let certain people out. Shortened sentences still incarcerate someone. There are still dramatic negative effects. Letting people out without appropriate supports still sets people up to fail.

How do you move this conference beyond the academic sphere?

Pettus-Davis: The attendees are researchers both inside and outside of academia, advocates, policy groups, many practitioners, and a heavy representation of formerly incarcerated individuals who are working toward criminal justice reform. 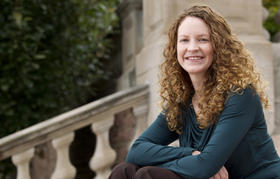 One of the products of the conference is an actionable road map for criminal justice reform in America. We are going to spend all day Saturday in working groups coming up with action steps to certain ends, testing those steps against our three goals, and if it doesn't meet those goals,we want the groups to re-work them until they do.

We'll also write up the products from the conference and distribute them widely through a research portal we are creating.

We’re also asking conference participants to commit to one action step, and write it down on a postcard, and mail it to themselves, and we’ll be following up with them every six weeks, or eight weeks to see if they’ve pursued the action step, how it’s working out.

Are people willing to implement the road map?

Pettus-Davis: Yes. Many interest groups from the right and the left, such as the American Civil Liberties Union, or Right on Crime, or the Koch brothers are more and more interested in this. All of our politicians are talking about it too. Hillary Clinton is talking about it. It came up in the Republican debates. People recognize that there is a need for reform. We're trying to give them tools that are not reactionary, that consider unintended consequences.