Dana Gibson, who along with Mel Mallin began developing residential projects in the River Market in 1984, has sold his holdings, the final chapter in a downtown revival story that began in the rubble of what was once known as the River Quay.

Gibson recalled the area was a wasteland when they purchased and redeveloped what was to become the Artspace building at 201 Wyandotte.

“At that point, there were maybe 20 people who lived in the River Market,” he said. “They were wacky artists living in mostly abandoned buildings. After River Quay, everybody had quit coming.”

River Quay was a popular entertainment district of bars and restaurants during the early 1970s. But it came crashing down in March 1977 when a Mob-related bombing leveled two of the bars, Judge Roy Bean’s and Pat O’Briens.

“The explosion at Judge Roy Bean’s was a clarion call, nobody was to come here,” Gibson said. “There were just a couple rough, seedy bars.”

In 1983, Mallin had redeveloped a Garment District building at 306 W. Seventh St. into 20 condos. After that, he began looking for a new project.

“We looked at this neighborhood and saw great, old buildings with great bones and interesting architecture,” Gibson said. “We were romantics, not businessmen.” 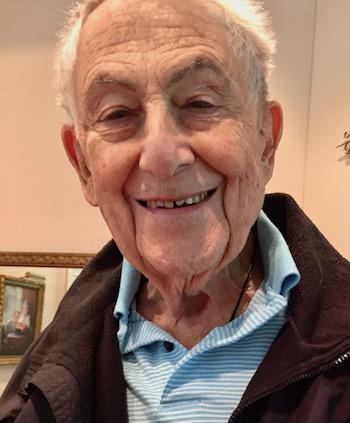 After redeveloping Artspace into 32 apartments for artists in addition to studio and gallery space in 1984, the pair realized that to be successful, more housing would be needed to create a neighborhood.

“We were aware that artists needed cheap space to work and have a community,” Gibson said.

“At that time, Kansas City was notorious for people graduating from the (Kansas City) Art Institute and either working for Hallmark or leaving for the coasts.”

To help foster that community, the partners next renovated what was to become the Delaware Lofts in 1988. As opposed to ArtSpace, its 39 units were open to anyone, not just artists.

At this point, other developers took notice and began renovating buildings, among them Dale Schulte and Roger Buford.

By the 1990s, several hundred apartments had been built and it was time to address the miserable condition of the area’s streets, sidewalks, and utilities.

“Property owners became more vocal with City Hall and demanding more investment in the neighborhood,” Gibson said. “At first, the city and institutions didn’t recognize the change that had occurred, it happened quickly.”

The City Market also needed an overhaul. For many years, it had essentially been a wholesale operation where restaurants and grocers bought produce.

“Up until 2000, it was the worst part of the neighborhood and neglected,” Gibson said. “Then the city made a significant investment in the City Market, upgrading the tenant mix with fewer wholesalers and more retail merchants.”

Other developers, including George Birt and Jeff Smith, built housing in the River Market, expanding the options for living there.

At their peak, Gibson and Mallin owned 22 properties totaling 120 lofts and 300,000 square feet of office, retail and warehouse space.

In recent years, another wave of developers, including Cornerstone Associates out of Omaha, were building projects on a scale unimaginable when Gibson and Mallin arrived in the mid-1980s.

The arrival of the streetcar in 2016 took the River Market to an entirely new level.

Gibson began to feel it was time to cash out.

“The neighborhood has changed. It's more refined and finished and complete,” he said. “I had the skills to take it from an abandoned area to this point but didn’t have the skillset to take it where it needs to be next.

“We also realized the rough and tumble nature of the buildings were holding the neighborhood back.”

He had been approached several times previously to sell, but there was something impressive about the group that finally closed the deal.

“I had a level of trust from the first contact,” he said. “The new owners appreciate the historic nature and appreciate it. Their intention is to reinvest.” 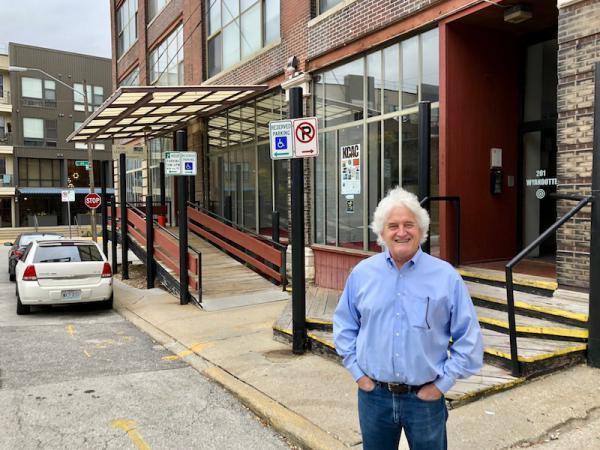 Gibson declined to identify the new owners, except to say it's an out-of-town group. The Tiehen Group will manage the properties.

As for next steps, Gibson believes the River Market’s biggest challenges are handling the demand for parking and attracting more diverse retailers.

He’s enthusiastic about what Craig Slawson is doing along Delaware Street.

The Denver developer purchased most of the properties on the west side of Delaware between Third Street and Independence Avenue last year and is attracting new restaurants and businesses including Betty Rae’s Ice Cream, Our Daily Nada and the just announced Made in KC outlet in a vintage streetcar at Fifth and Delaware.

Gibson also supports a proposal to lower Missouri 9 and reconnect the River Market with the Columbus Park neighborhood.

“We need to continue erasing the 1960s approach of getting people out of downtown as fast as possible,” he said. “Highway 9 is in the way of all these opportunities.”

After 30 years, Gibson feels good about selling, although he plans to remain involved in the River Market as a member of the City Market Oversight Committee.

“I don’t find myself second-guessing my decision,” he said. “It’s nice to make a huge life decision like this and feel comfortable.”