Like many people who can’t afford medical care, Larissa Shively-Vitt of Shawnee, Kansas, has been spending a lot of time online lately, trying to tell her story and raise money through crowdfunding.

Medical expenses are the category most often used on GoFundMe, which is the largest crowdfunding platform. And in recent years, campaigns have snowballed for one particular kind of medical care: gender confirmation surgery.

GoFundMe has nearly 5,000 active campaigns for transgender surgery, a number that's doubled since 2014 and includes more than a dozen campaigns in the Kansas City area. The company's website even has a special page to help guide people through the steps of transitioning and their costs.

Shively-Vitt says that even as a child growing up in Bonner Springs in the 1970s, she felt like her male body was an itchy sweater she couldn’t take off. After high school, she tried to push back against the anger and depression that she now recognizes as part of gender dysphoria.

“I thought if I got married, had a kid, had a manly man tough guy job, it would all go away,” she says.

Shively-Vitt enlisted in the army, where she worked as an Apache helicopter mechanic and served in Bosnia. But by 2001, her despair had become overwhelming.

She tried to take her own life, but stopped at the last minute.

“I felt a hand on my shoulder, and a thought came to my head that told me my son would be better off being raised by two women than just one parent,” she says.

Shively-Vitt was one of the 40 percent of transgender people who attempt suicide. But for her, that day turned out to be the first step toward a new life. 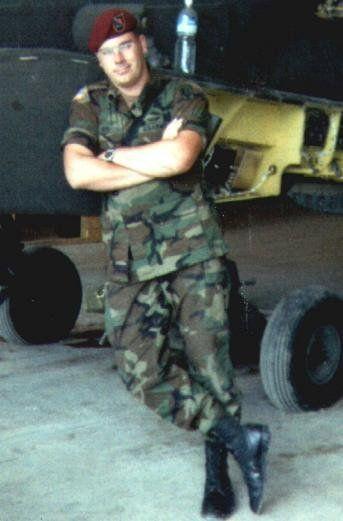 Her veterans’ healthcare pays for her hormones, but recently she’s been worried about that coverage going away under the Trump administration. She says she wants to complete her transition with surgery, which would reduce the need for hormone therapy.

However, like many transgender people, Shively-Vitt struggles financially. She’s disabled, unemployed and estranged from her family. Veteran’s healthcare doesn’t cover surgery, so she’s started a GoFundMe campaign, putting her story online for the public to see.

“It’s very scary,” Shively-Vitt says. “You feel very vulnerable, but at the same time, you don’t know what else to do.”

“We want to make sure that a person that has a story to tell can use our tools to post photos and videos and updates and stay in touch with their community,” Solomon told KCUR.

However, GoFundMe is not an especially great way to raise money.

The private company doesn’t share specific data on success rates or money raised, but a study released last year by researchers at the University of Washington Bothell estimated that 90 percent of GoFundMe medical campaigns don’t reach their goal.

For every blockbuster campaign that nets thousands of dollars, many make just a fraction of their goals or raise no money at all. 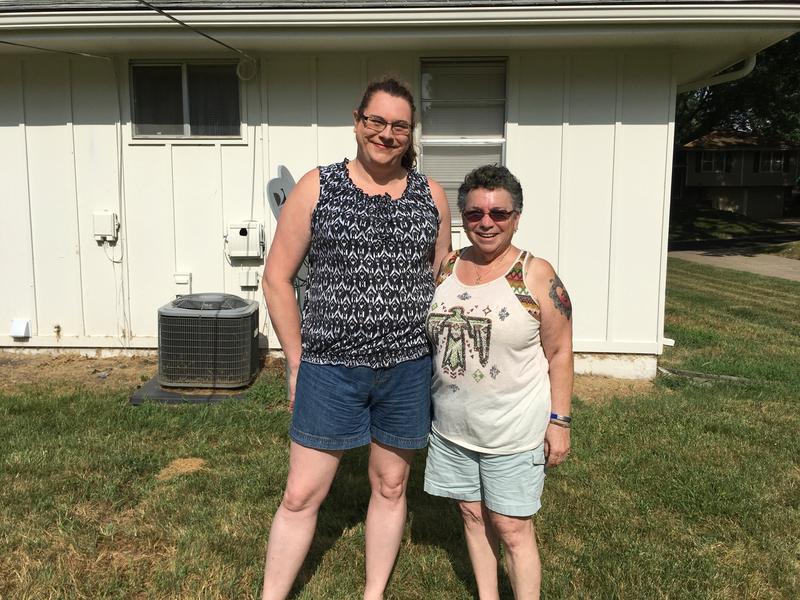 “It is really heartening to see the outpouring of support that we see in many of these crowdfundings,” Rizarro says. “Of course, though, people shouldn’t have to be put in this position where they have to ask others for funds for medically necessary care.”

Many health groups, insurers and the Centers for Medicare and Medicaid Services have said gender surgery is medically necessary for some people. Still, a 2015 survey found that more than half of people who tried to get coverage for surgery were denied.

Advocates hoped that would improve in 2016, when the Affordable Care Act banned doctors and insurers from discriminating against transgender people. But earlier this year, the Trump administration announced plans to end that rule.

Working on the GoFundMe campaign with her wife, Lisakay, Shively-Vitt hasn’t yet been able to raise all the money she hoped to. She has, however, gathered enough for the first stages of surgery, which she’s undergoing this month.

After a lifetime of dealing with ignorance, suspicion and hostility, she’s learned that explaining what it’s like to be transgender, as she's had to do on GoFundMe, can take a lot of patience and little dark humor.

“The most evil people in the world, I wouldn’t wish what I’m going through on,” Shively-Vitt says. “One, they wouldn’t be able to handle it.”

Alex Smith is a health reporter for KCUR. You can reach him at alexs@kcur.org.