Numerous challenges await Ferguson’s next mayor, including a tight budget, frayed race relations and an understaffed police department. But the winner of April 4 contest will also face a less tangible quandary: repairing the city’s tattered image.

Ferguson Mayor James Knowles is up for re-election for the first time since then-police officer Darren Wilson shot and killed Michael Brown in August 2014, an event that placed the north St. Louis County municipality in the international spotlight.

City Council member Ella Jones, a retired businesswoman and Democratic activist who first was elected to office in 2015, is challenging Knowles.

Listen
Listening...
/
St. Louis Public Radio's Jason Rosenbaum examines how Ferguson's next mayor will have to battle perceptions about the city.

Ferguson’s mayor, a part-time position, has few practical avenues of power — the city manager runs most of the day-to-day operations. But the mayor is the community’s public face locally, nationally and internationally.

Knowles believes he’s provided the right type of leadership during tumultuous times. Plus, considering the city is under a federal consent decree that imposed major changes to how Ferguson’s police department operates, he said it’s important to have someone with experience in the mayor’s office.

“The margin of error moving forward is very narrow,” said Knowles, who also works at a motor vehicle license office. “And we don’t have time for people to learn on the job for that.”

Jones, however, argues there needs to be a change, contending that Knowles failed to provide the right type of leadership after Brown’s death, especially during the weeks of at-times violent protests. Some of the city’s key staffers resigned amid the fallout from Brown’s shooting death, but Knowles barely missed facing a recall election — and remained Ferguson’s public face. 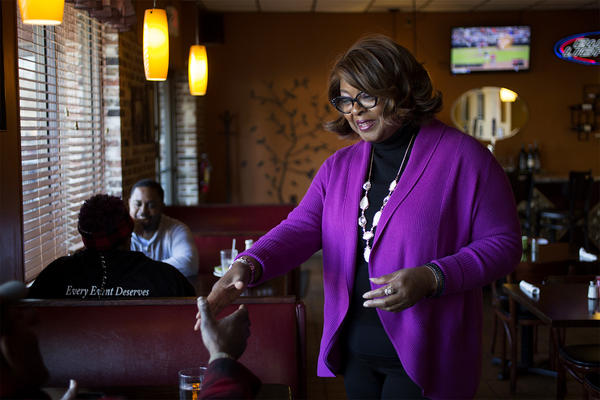 ‘Laughed in our face’

At a time when Ferguson’s reputation and finances have taken a hit, Knowles and Jones agree that Ferguson’s mayor needs to showcase assertive leadership. In nearly three years since Brown’s death, Ferguson has experienced a downturn in revenue, scores of emotional city council meetings and new people serving as city manager, prosecutor and municipal court judge.

Knowles said people “who’ve never been here laughed in our face when they said we’re not this dangerous place.”

“We have to continue to send out positive message about what’s going on in Ferguson,” she said.

In some respects, Ferguson’s image problem is two-pronged — racial and perceptive.

For many African-Americans across the U.S., Brown’s death became a rallying cry for how police treat black people unequally and with disdain, even spurring, in part, the Black Lives Matter movement. In an investigation after Brown’s death, the U.S. Department of Justice accused the city of engaging in revenue-focused policing that unduly targeted black people. 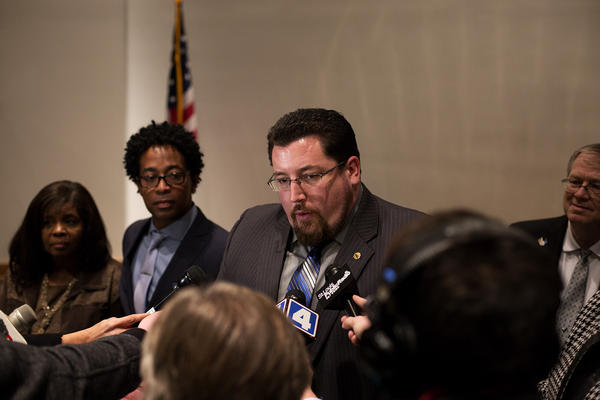 That struck a chord with Ferguson residents like John Powell.

“We have to have a lot more conversion of the heart in Ferguson, especially between what I would say is the ‘Old Ferguson’ mindset and the ‘new Ferguson’ mindset,” said Powell, a white schoolteacher who has pushed for change in his city. “So it’s a work in progress that will take years to accomplish. And whoever’s mayor needs to be part of that change.”

For others, the visceral broadcast of images of police clashing with protesters — the tear gas, the burned out stores, the standoffs — made the city seem lawless and chaotic. In fact, Donald Trump stated during his presidential run that Ferguson was among the most dangerous cities in the world. Crime statistics compiled by a Mexico-based nonprofit group show that assertion is false.

Trump’s claim rings hollow for T.J. Henderson, a Florissant resident who sends his kids to a Ferguson day care center.

“Ferguson is a beautiful city and it has its problems just like every other city,” said Henderson, who is African-American. “But no. It’s not a dangerous city.”

While he doesn’t dismiss the city’s challenges, Knowles said Ferguson’s mayor must serve as an ambassador, adding that he showed visitors around after Brown’s shooting death. 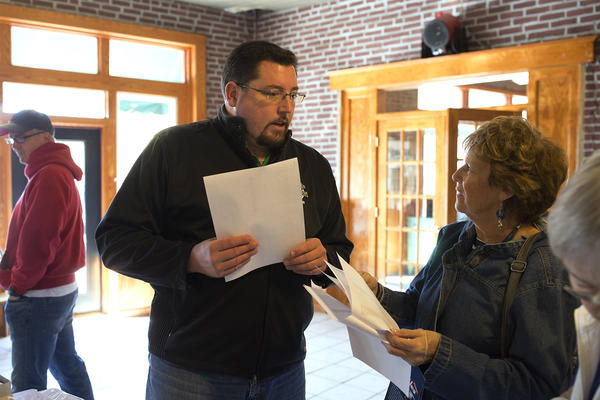 The 37-year-old has served either as mayor or on Ferguson City Council for 12 years, which is more experience than the vast majority of the council (with the exception of Council member Keith Kallstrom, every member of the Council started serving after 2015). Knowles said that will be valuable in repairing the town’s image – and dealing with what lies ahead.

“I see the need to continue forward,” Knowles said. “A vote for me? You get both of us. You get two for one. A vote for her? You will get a new mayor. You also get a new councilperson, which you don’t get to vote for – and will likely have no experience ...”

(Knowles was referring to how Jones' council seat would become vacant if she becomes mayor. If that happens, the council would pick her replacement.)

Part of his challenger’s “rebranding plan” involves new programs, such as having veterans fix up and ultimately live in vacant properties. Jones said that would send a positive message that Ferguson residents are pro-actively tackling long-standing problems — including dealing with run-down houses.

“Yes, we can change Ferguson,” she said. “Yes, we can do something differently. Some people tell me ‘Oh, things won’t change.’ However, I share with them when you get out and vote, it will change.” 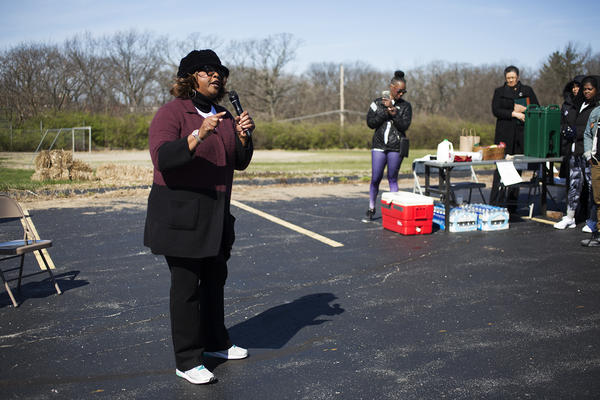 She also says Ferguson’s mayor needs to be assertive, especially when dealing with protests that have flared up periodically since Brown’s death. Just this month, there was a protest at a Ferguson liquor store after a documentary about Brown received publicity in The New York Times.

“Every time a flashpoint happens, we don’t have to call the governor,” Jones said. “We can go out and talk to the people. The people want to be heard. Right now, the people are at a point that they don’t trust the leadership.”

One big variable in how Ferguson is perceived is the federal consent decree, which mandates major changes to how Ferguson’s police department is trained and operates.

Ferguson resident Mildred Clines said if that department can forge solid relationships with black residents like herself, it would send a powerful message to the country.

“I think if we do the work, everything else will fall in place,” Clines said.

The winner of Ferguson mayor’s race will serve for three years. If Knowles wins a third term, the city’s charter bars him from running again in 2020.