'I want other kids to be able to heal': Florissant 9-year-old starts anti-bullying organization | KBIA

'I want other kids to be able to heal': Florissant 9-year-old starts anti-bullying organization

On the surface, Mikaylah Norfolk is like most kids her age. She likes to play with her three-story Barbie Dreamhouse, dress up her dolls, hang out with her friends and do arts and crafts.

But the 9-year-old Florissant resident is also the founder of an anti-bullying organization.

We Rise Up 4 Kids aims to help kids deal with the trauma of bullying, while also providing mental health resources.

“[Kids] shouldn't have to think about it all the time,” Mikaylah said. “So, like, we're providing outlets for kids who are victims of bullying to just ... not focus on what they're going through. And focus on fun things in life."

Mikaylah is a smart, creative girl with a personality much larger than her tiny frame. Yet the inspiration behind her organization comes from personal experience. 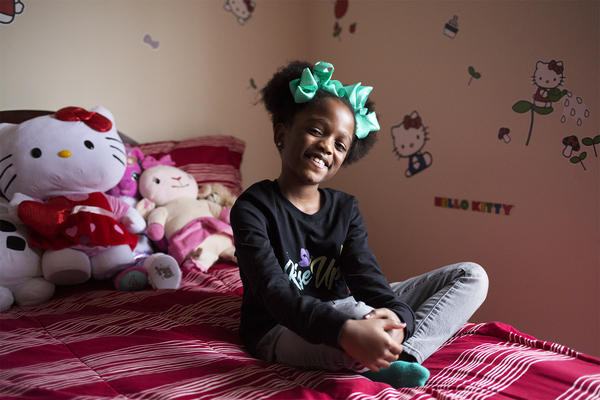 Listen
Listening...
/
St. Louis Public Radio’s Marissanne Lewis-Thompson spoke with 9-year-old Mikaylah Norfolk about how she turned her experiences with bullying into an organization to help others.

When Mikaylah was 8, she experienced intense physical and verbal bullying by one of her classmates. That went on for months.

“He bullied me,” Mikaylah said. “He pinched me. He pushed me. He shoved me. And on Oct. 26, 2017, he escalated his behavior to assaulting me at school. And it was hard. It was really hard."

Mikaylah said she told her teachers what was going on, but they minimized it. That disheartened her parents, especially because they’d been communicating with her teacher, trying to get the issue addressed.

“We were both really frustrated that it was allowed to get this far, because she did tell the teachers when it started with just teasing and they kind of minimized it as kids just being kids,” said Mikaylah’s mother, Monique Norfolk.

Monique and her husband Damon had documented everything. She said that specific incident, in which Mikaylah was kicked hard, led to thousands of dollars in medical expenses including eight months of physical therapy, gynecologists, urologists, counseling sessions, and a couple of procedures to make sure she didn’t have any internal damage.

However, it was more than just physical pain that was affecting her. At one of Mikaylah’s counseling sessions, her parents found out that she had feelings that she didn’t want to live anymore.

"She told me she thought it would be better in heaven,” Monique said. “You know she wouldn't have to go through this anymore. And she'd be with God. And be able to be happy because all of that would be gone.”

Mikaylah said at that point things were just too hard.

“It felt like I couldn't overcome,” she said. “And I want other kids to know that they can overcome and don't let bullying bring you down just because of one person.” 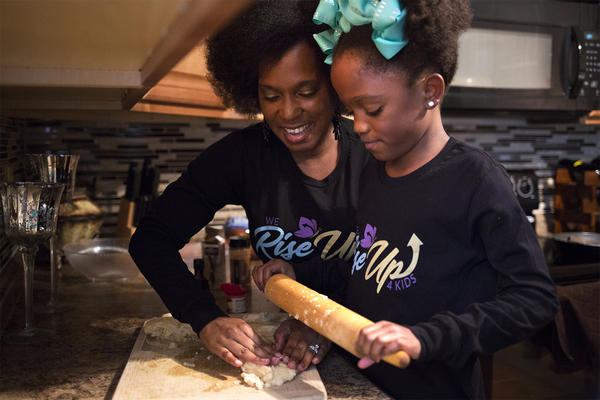 Her parents eventually withdrew Mikaylah from the Hazelwood School District and began teaching her at home. Both Mikaylah and her mom said it wasn’t an easy decision at first, but things are working out for the better now, they say.

Mikaylah credits a lot of that to counseling.

"It helped tremendously, because she was just so nice and she actually cared about what I was going through,” Mikaylah said of her counselor. “And she gave me little arts and crafts and stuff to do to help with ... coping skills, and help when I was angry or sad or mad."

Mikaylah wanted others her age to have that chance, too. She said the concept of her organization started with conversations between her and her mom. She wrote about it, thought up a list of names and eventually decided on We Rise Up 4 Kids.

We Rise Up 4 Kids officially launched with a kickoff event at the Centennial Commons in University City in late October. The room was loud and packed with family, friends and even strangers. There were games, activities, live storytelling by Mikaylah’s grandparents Bobby and Sherry Norfolk. A large backdrop with the organization’s name was setup to take photos.

But it was Mikaylah who was at the center of it, wearing a black We Rise Up 4 Kids t-shirt and a blue tulle tutu skirt. 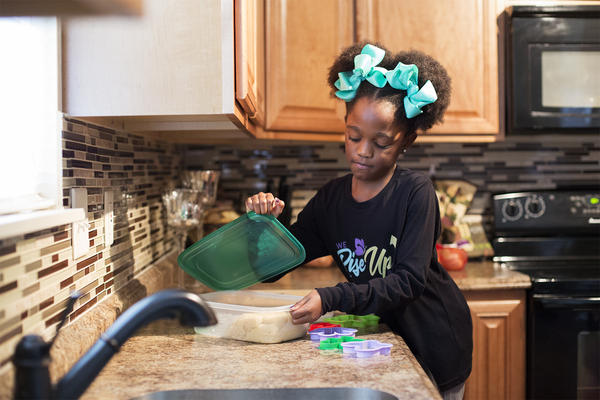 The launch event was the first of what Mikaylah says will be quarterly events, where kids will have a safe space, access to mental health resources and numerous activities to do, including community service projects.

Monique said that was a full circle moment for both her and her daughter, as well as other kids and their parents.

“To be a parent and hear from other parents to see other kids and be able to say this is a safe place, this is where you can come and you can have a good time,” Monique said. “You don't have to think about what you’re experiencing and you can find a new community. And it's friends that are here to support you that felt amazing.”

Florissant resident Lora Gulley agrees. Her son who was also in the Hazelwood School District experienced intense bullying a couple of years ago. She said this effort is important for kids and she’s inspired by Mikayalah’s resilience.

"I think all of the young people [who] may be going through bullying or experience something that may knock them back a few,” Gulley said. “This is demonstration and demonstrating that you can overcome a challenge or a barrier or obstacle.”

Kira Collins is a social worker for Special School District of St. Louis County. She was one of two therapists who took part in the We Rise Up 4 Kids event.

Collins said bullying is a systemic problem in schools that often gets minimized. That’s why she said it’s important to believe and listen to your kids, because often parents won’t be able to see the invisible scars of mental health as a result.

"Be understanding, be able to kind of take that in and sit with that and help them process through that,” Collins said. “And if you know just you and your child are not able to process through that — finding that professional help to help you guys do that all together."

At the end of the day, Mikaylah wants other kids to feel empowered like her. So far, the organization has helped her with that.

"It was like the starting of a new chapter and helping others,” Mikaylah said. “It's a form of healing. So I was healing and I want other kids to be able to heal, starting with that kick-off event. And much more other events that we'll have. But that felt awesome to know that was done to help kids."