If you’re looking for Mvstermind, you can probably find him in his studio in north St. Louis County. It’s where he hunkers down with different sounds and beats as he works to refine his brand of hip-hop.

The studio, in his parents’ basement, is where he works on all his projects, including “Mali Moolah,” the track that drew national attention in 2016. The newest is an in-progress EP, set drop in early 2019.

Listen
Listening...
/
Mvstermind speaks on his new music and how his personal life has changed over the last few years.

“I actually just got hip to my project, and I’m saying that as in, like it just hit me, as in like, ‘ok this is my project, this is the story I’m finna tell,” Mvstermind said.

The story he wants to tell is about himself, a St. Louis native born Muhammad Austin. The new EP is titled “Harper House,” and draws heavily on his personal story.

“I feel like it will be a really great introduction into who Mvstermind really is,” he said. “It’s so many different things that home has shaped me of who I am and being Muhammad Austin, young black Muslim, St. Louis-American.”

The house at the heart of the project is the Land Reutilization Authority home near Fairground Park Mvstermind’s family bought when he was 7 years old. He said the home was demolished this past month, but memories of it remain in his heart. 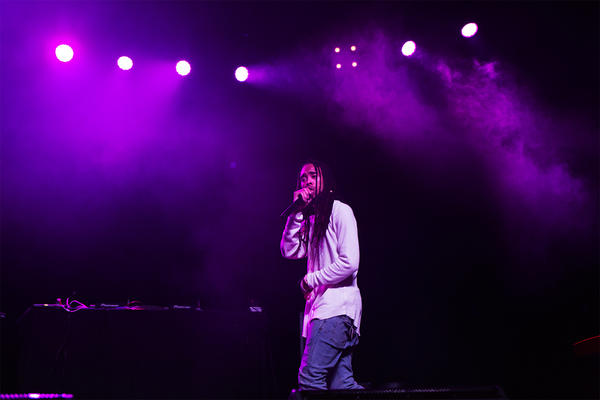 Family is a major theme of Mvstermind’s music. Many of early lyrics delved into the subject, but now family has taken an even bigger role in his life.

“I’m married now. I have a child on the way, and it's a beautiful sobering perspective that really allows me to be able to delve into the realm of balance and discipline," Mvstermind said.

That balance and discipline is especially evident in his new work, says Michael Franco, Mvstermind’s DJ.

“I think the big thing for him is kind of focusing and kind of distilling all this music that he's got inside of him into these like songs now instead of, I mean, they were songs before, but they’re just focused (now),” Franco said. “He takes a lot away, where before it used to be over the top, it’s kind of just what it needs to be now.”

Franco and Mvstermind have known each other since elementary school. The two attended Clayton High School and Loyola University in New Orleans together. Mvstermind returned to St. Louis and continued working with the local music collective MME. Mvstermind helped form the group in 2009 with artists Amir, Con Ciej and Dante Wolf. 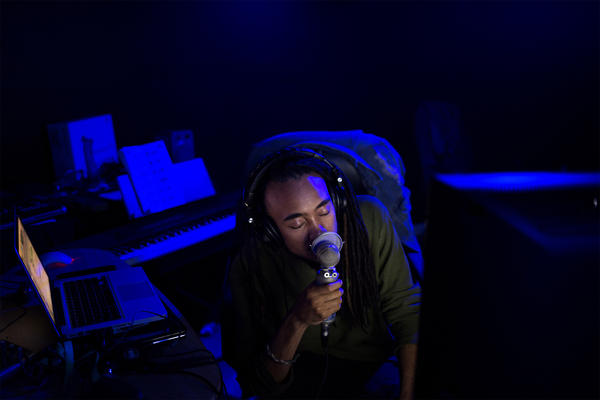 Mvstermind keeps St. Louis as his headquarters while he travels around the country developing connections and building the community Mvstermind & Co., made up of fans, followers and collaborators.

“In order for him and others to be successful, a lot of people right now are talking about using St. Louis as the home base,” said St. Louis video artist Louis Quatorze. “From the home base, you go out and experience different larger markets and you take what you developed here on the road.”

Quatorze said he only works with St. Louis artists and has collaborated with Mvstermind for several music videos. The two developed a relationship when he met Mvstermind during one of his performances. Quatorze said he’s seen Mvstermind turn his life story and his take on the black experience into what he calls, the “modern St. Louis blues.”

Auntie left the town and packed the house up on the Amtrak.

Never did look damn back."

“I can definitely see a transition in the artistry in his music from just the overall production of it,” said Jocelyn Cooper, a music video director from St. Louis who now works in Los Angeles. “I think it really came through working with him visually because we were able to really nail a specific concept.”

Cooper directed the music video for Mvstermind’s latest single, “More.” Filming took place in Los Angeles, a different setting from most of his previous videos, which showcased St. Louis.

Away from home, putting in work on the road had allowed Mvstermind to take the stage with major acts like Chance The Rapper, Snoop Dogg, Nas, G-Eazy and his biggest musical influence, Lupe Fiasco.

“It’s a straight up blessing, dog. You know because I can’t even deny or ever doubt the fact that this dude is probably the biggest influence in my artistry,” Mvstermind said backstage at Delmar Hall before the October show, where he opened for his idol. “I wasn’t even putting triple entendres in my raps if it wasn’t for Lupe.”

As he continues to work in his dimly lit basement studio, Mvstermind can see big things ahead. Specifically, he dreams of making hits and reaping the rewards and trophies that come with success.