A St. Louis-based organization called Prison Performing Arts (PPA) is taking a fresh approach in its 27-year-old effort to turn inmates into actors.

The program is known for the “thees,” “thous” and “forswears” of Shakespeare’s scripts. But a contemporary play on stage Thursday at the Women’s Eastern, Reception, Diagnostic and Correctional Center in Vandalia expands PPA beyond The Bard.

“Run-On Sentence” is based on interviews done with those inside the institution. Inmate Patty Prewitt said the playwright Stacie Lents took time to really understand their world.

Listen
Listening...
/
St. Louis Public Radio’s Nancy Fowler talks with inmate and actor Patty Prewitt about the play Run-On Sentence and the conviction that’s kept her behind bars for 31 years.

Prewitt and other inmates proudly displayed their blankets, stuffed animals and photos of their children. They spent a total of 70 hours with Lents as she gathered interviews and information at the institution about an hour and a half northwest of St. Louis. 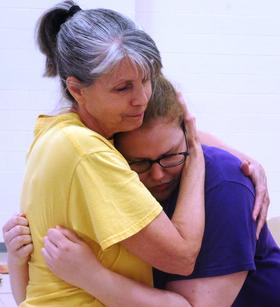 “I’m the one that has to calm everybody down if it looks like we’re going to be in trouble,” Prewitt said.

It’s a role that fits well, the Warrensburg native said.

Prewitt called the script a realistic rendering of prison life. She should know. She’s been there for more than three decades. Her conviction is a serious one.

Prewitt was convicted of killing her husband in 1984.  After his death, Prewitt said, she talked to the police for nearly two days — without an attorney.

“I didn’t know anything; I was trying to help them,” she said. “I was an idiot.”

Prewitt now regrets not taking a plea that would have greatly reduced her sentence.

“I could have been out in seven years,” she said.

'Sympathy is not enough'

Prison Performing Arts has involved inmates in theater since 1990, as part of its wider mission that also includes dance and poetry. “Run-On Sentence” is the first presentation of a new PPA program that commissions original theater  for St. Louis-area prisoners. 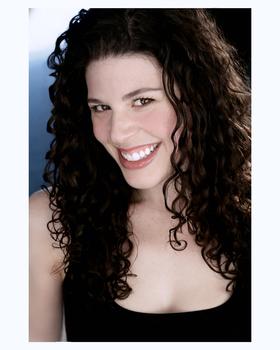 Playwright and actor Stacie Lents is a former St. Louisan and a graduate of John Burroughs High School now working in New Jersey. She connected with PPA through its director of adult prison programs, Chris Limber, while working on another project.

“I jumped at the chance because the work Chris and PPA are doing is so innovative and, moreover, important,” Lents said in an email.

At the Vandalia facility, Lents said she came to see the women there as not just felons, but daughters, mothers, sisters and friends. The stories of their convictions made her wonder what she’d do in their situations. 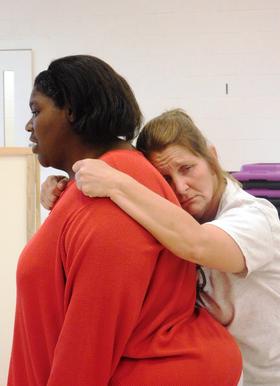 “How do any of us really know how we might react, what we might do if we were terrified; if we were desperate; if we had no way out; if our backs were against a wall?” Lents wrote.

“That’s what I learned from working with the women in Vandalia and that’s what I am trying to accomplish with this play,” Lents said. “Sympathy is not enough. Empathy is needed.”

The signup deadline to see "Run-On Stentence" in Vandalia was earlier this month. The play also will be staged in St. Louis in the summer of 2018.