Galloway, a Democrat, is a certified public accountant, and has held her current post since April 2011.

Galloway is 32 and now becomes Missouri's youngest statewide official. As state auditor, she will serve through 2018.  Schweich had just been sworn in to a second four-year term when he shot himself. At the time, Schweich also had been conducting a GOP campaign for governor in 2016. 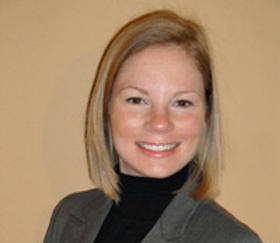 Nixon introduced Galloway at a news conference held Tuesday in the state Capitol.

“The office of the state auditor is responsible for safeguarding taxpayer dollars; rooting out waste, fraud and abuse; and ensuring that state government programs operate with the efficiency, effectiveness and accountability Missourians expect and deserve,” Nixon said. “As a CPA and certified fraud examiner, Nicole Galloway is uniquely qualified to step into this important role.”

Said Galloway: “Every Missourian should know that this office will continue to hold itself – and others – to the highest standards of excellence and accountability. The people of Missouri have my commitment that I will be an independent watchdog that reviews all levels of government with even-handedness and integrity. The office will be committed to protecting taxpayers and ensuring that government is held accountable for the resources it uses and to the citizens it serves.”

Galloway hails from Fenton. In addition to being a CPA, she holds a Master of Business Administration degree from the Crosby MBA Program at the University of Missouri.

Galloway will officially be sworn in April 27, after interim auditor John Watson -- a longtime aide to Nixon -- resigns.

Galloway's selection means that Nixon resisted pressure from a number of Democrats to choose an African American, since no African American has held Missouri office. The rumored contenders had included St. Louis Comptroller Darlene Green and city Treasurer Tishaura Jones. 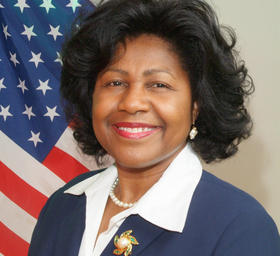 Green said in a statement issued Tuesday night: "I am delighted to congratulate Nicole Galloway on her appointment as Missouri State Auditor. It was an honor and a compliment to my hard work, and proven track record of protecting taxpayer dollars in the City of St. Louis, to have been short listed for consideration as state auditor. When I received a call from Governor Jay Nixon today telling me of the closeness of the decision, and of his final choice, I felt humbled and honored..."

His choice of Galloway does mean, however, that Missouri now has a woman holding statewide office in Jefferson City. All of those posts have been held by white males since 2013.

Many in both parties had expected Nixon, a Democrat, to choose someone within his own party, rather than choose a Republican to replace Schweich.  Even so, the Missouri Republican Party issued a statement blasting Nixon's action.

"Last November, Missourians overwhelmingly elected a Republican state auditor to serve as a counterweight to Gov. Jay Nixon," the state GOP said. "It is disappointing that Nixon has put politics ahead of the wishes of the voters by handpicking a member of his own party to fill the vacancy in the office. The state auditor should serve as an advocate for the people of Missouri by casting a critical eye towards the governor’s administration, but Nicole Galloway is entirely beholden to Jay Nixon.”

Meanwhile, the Missouri Democratic Party made clear it was happy with the governor's choice.