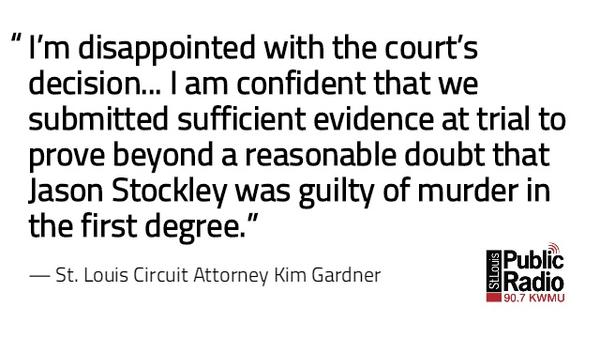 National, state and local elected officials have weighed in on the acquittal of Jason Stockley, a former St. Louis police officer who fatally shot Anthony Lamar Smith in 2011.

“Once again, another young Black man dies at the hands of a police officer…with no consequences,” Clay wrote, adding that Smith’s family and the community was denied justice. Lacy Clay also echoed Circuit Attorney Kim Gardner in saying the region must demand changes in law enforcement, citing a bill he introduced in Congress that would mandate increased sensitivity training for police officers to help them de-escalate potentially violent situations.

St. Louis Mayor Lyda Krewson said she was “appalled at what happened to Smith” and sobered by the outcome, urging people to show each other compassion.

Read what local elected officials have said below: 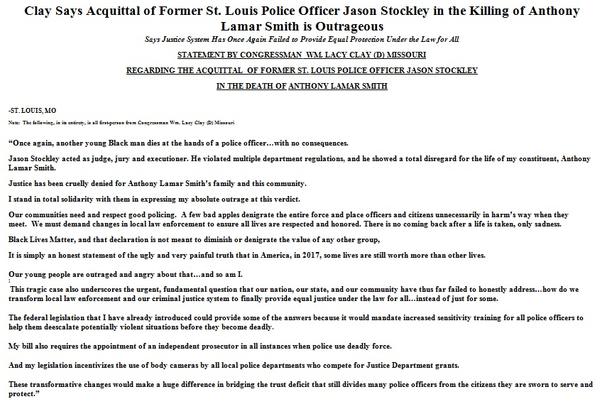