A new report points to ways in which racial equity and common interests can move the St. Louis region forward. The report was highlighted at an event held Thursday morning by the Deaconess Foundation.

“Changing States-Building Power on the Frontlines: Missouri,” from the University of Southern California Program for Environmental and Regional Equity, examines how Missouri can improve racial equity in the electoral, judicial and corporate arenas.

“When you bake equity into your strategy among community development, then you lend yourself to regional growth in a more fulsome way,” said the Rev. Starsky Wilson, president and CEO of the Deaconess Foundation. 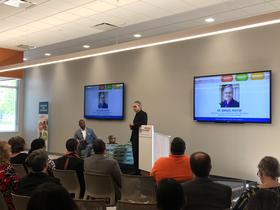 The “Changing States” findings show Missouri is making strides toward greater equity in the three key areas, but a stronger effort to increase participation, particularly in voter turnout is essential.

The report says 46,000 black Missourians who voted in 2012 did not vote in 2016. The reduced voter turnout has been linked to a lack of ballot issues that engaged black voters; issues such as racial justice and the school-to-prison pipeline.

“In as much as we were the center of uprising in 2014,” Wilson said. “I think folks have not told the story enough of the shift from activism to organization, the base building that’s been done in order to impact primarily the electoral arena for reform in criminal justice.”

Improved equity might also have an effect on the economy. That’s according to Manuel Pastor, a professor at the University of California and one of the authors of the “Changing States” report.

“If you are making sure that people can re-enter from the prison system and actually get into employment;  if you’re making sure that immigrants can start new businesses and be welcomed; if you are closing the wage gaps, you are generating economic growth,” Pastor said.

Pastor said he sees some progress in the St. Louis Metropolitan Area. The economy can reap the benefits from an equitable society, one in which communities accept social conflict and protests, he said. 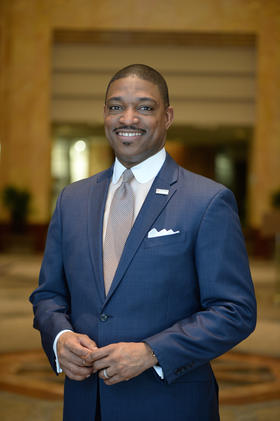 Pastor said the population growth of demographic diversity in the St. Louis region won’t match the same levels in states such as California anytime soon, due, in part, to California’s growing Latino population.

That doesn’t mean progress is impossible.

“I really want to be clear that demography is possibility but it is not destiny,” Pastor said. “The fact that you’ve got slow-moving demography doesn’t mean you can’t activate the ties between white farmers and black residents in the cities about the common goals that they have, and opportunity in the state.”

The report counted 152 black-led nonprofits in the St. Louis area. The report encouraged more diversity in the nonprofit arena, specifically by supporting more leadership roles for minorities as well as investing in black-led organization building.