Advocates concerned about persistent housing segregation in the region might question why promotional materials for the 2018 Fair Housing Conference use the word "celebrate" in reference to the Fair Housing Act.

"The reality is the racial segregation that we see everywhere in this country is the product of very explicit design by the federal state and local governments, intended to segregate the nation by race," said Richard Rothstein, ahead of Wednesday's meeting.

Rothstein, the keynote speaker, is the author of "The Color of Law: A Forgotten History of How Our Government Segregated America."

The book, published in 2017, argues that segregation was not merely a social phenomenon based on prejudice. Rothstein uses public records to show how specific racist policies insured the continuing separation of whites and blacks.

The policies, federal and local, are not relegated to the history books, said Will Jordan, executive director of the Metropolitan St. Louis Equal Housing and Opportunity Council, which is sponsoring the conference.

He said a report from For the Sake of All and several partners,  titled "Segregation in St. Louis: Dismantling the Divide," reveals how rules and restrictions keep the St. Louis region largely segregated to this day, a divide that affects health and well-being, in addition to access to jobs and schools.

The report, to be released at the conference, promises to show "how the history of housing and land use policies connects to the divisions our St. Louis region feels today."

Listen
Listening...
/
Hear how the legacy of segregation is playing out for a St. Louis family in 2018.

"This report is really going to expose how that's happening here, even in the metropolitan area. All the different municipal breakdowns and the policies that have a long-term effect," Jordan said.

READ THE REPORT: Segregation in St. Louis: Dismantling the Divide

Rothstein, a fellow at the Economic Policy Institute, has made a study of that effect in the St. Louis area. In fact, before writing "The Color of Law," Rothstein explored the role of segregation in the Ferguson flashpoints. In his report, "The Making of Ferguson: Public Policies at the Root of its Troubles," he cites a variety of tactics used to keep African-Americans from moving into white communities, including Kirkwood, St. Ann and Creve Couer.

"These were federal policies, very explicit," Rothstein said. "Designed to move whites into suburbs, keep African-Americans in central cities. And they created what analysts came to call a federally created 'white noose' around African-American neighborhoods in every metropolitan area around the country." 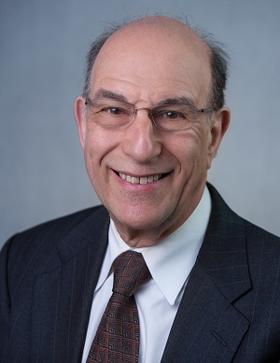 Home ownership has long been an important factor in building wealth: Invest in a home, watch its value increase, and have an asset you can borrow against, sell or leave to your heirs.

In affluent, mostly white communities "you can list that house on a Friday, hold an open house on a Sunday and be faced with multiple offers," and get your asking price or better, said Brown, who is also sits of the board of the St. Louis Realtors Association.

When, however, a post-white flight neighborhood has been ignored by investors, developers and municipal planners over time, she said, a property owner may find herself with little to show for a home purchased decades earlier. 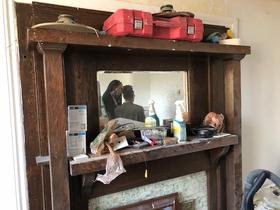 Brown recently had to deliver a sobering list price to Angela Lewis, who is hoping to sell the home she grew up in. In 1984, her parents bought the house on Lotus Avenue in the Kingsway West neighborhood for $9,000, which has about the same buying power as $22,000 today.

Brown said a realistic list price "as is" would be just $25,000. Lewis has hired a contractor to make repairs and upgrades. Even with improvements, Brown is recommending a list price of $51,000. She bases her listings on "comps," or other homes that have sold in the immediate area.

Lewis, who was a college basketball standout and had a professional career playing overseas and coaching in the Unites States, moved with her retired parents to Bridgeton, leaving the Lotus Street house empty.

"This is basically their asset," Lewis said. "They're on fixed incomes, Social Security. So that's all they have."

Brown acknowledges it's tough to deliver frustrating news to homeowners like the Lewis family.

"The sad thing about it is we fast forward 40 years and I haven't been able to provide appreciable value when I can do that for my counterparts south of Delmar," she said.

Rothstein said federal programs and lending practices that helped working and middle class white families get homes loans starting after World War II were off limits to African-Americans. In some white-only communities, a modest house that sold for the equivalent of about $100,000 in the 1950s, may have — by 2018 — tripled or quadrupled in value.

"African-Americans’ wealth is about 10 percent of white wealth," Rothstein said. "And that enormous disparity is entirely attributable to unconstitutional federal housing policy that was practiced in the mid-20th century and that were obligated to remedy."

Fair housing in the balance

There was a time when federal housing policy took a very different turn, if only briefly.

A few months after the Fair Housing Act became law in 1968, Housing and Urban Development Secretary George Romney launched Open Communities, his plan to desegregate American cities. He did not clear the plan with the Richard Nixon White House.

Then came the backlash.

"President Nixon reined George Romney in," Rothstein said. "He canceled the Open Communities program. George Romney was forced out as secretary of Housing and Urban Development at the end of Nixon’s first term."

After that, Rothstein said, came a "collective amnesia" about how segregation came about, an amnesia reinforced by the Supreme Court.

"The court began to promulgate this notion that segregation of metropolitan areas happened by accident, happened de facto," Rothstein said. "And we’ve adopted this myth of de facto segregation, something that nobody would have believed prior to 1970 or thereabouts."

"Segregation in St. Louis: Dismantling the Divide" points out that north St. Louis County, with 45 cities, appears diverse on paper. Data from the 2014 American Community Survey put the region at 41.3 percent white and 52.9 percent African-American.

But, as Rothstein writes in "The Color of Law," this apparent diversity is part of a different kind of segregation, as white families continue moving to outer ring suburbs (like those in St. Charles County) and black families remain concentrated in inner ring communities.

Jordan believes that the public is beginning to shake off the amnesia Rothstein writes and speaks about, especially in the Ferguson uprising and other events that have refocused attention on the ills of segregation.

"People who are looking at design, at the way our cities are operating," Jordan said. "Those are professionals in our universities and academia. And it's getting their attention. These people are the thought leaders and those thought leaders are who you want effect. They are out front, and then people will follow."

"At least we have acknowledged that it is necessary and that there is a problem. But as far as how much energy we put towards it, we've probably only done the very first thing, which is acknowledge it. The changes are still to come."

Editor's Note: Richard Rothstein's quotes in the article come from an extended interview by Kameel Stanley and Tim Lloyd for an upcoming episode of the We Live Here podcast.