Paul Pepper: Storyteller Larry Brown, "Whose Baby Is This?"

The king ordered all baby boys thrown in the river. One woman refused - well, refused long enough that her baby became a toddler, and though he was eventually 'thrown in the river', he was done so safely in a basket. The result? A child who grew into a man who led a well-known liberation movement that changed the lives of many. Any guesses on who we're talking about? Storyteller LARRY BROWN has the answer! Happy Mother's Day, everyone. May 7, 2021 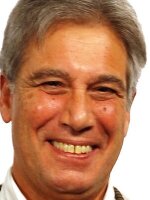 Paul Pepper
Paul Pepper has been a fixture on the mid-Missouri airwaves since 1969. He started hosting Radio Friends with Paul Pepper in 2009 after a remarkable 40-year on-air career at KOMU-TV.
See stories by Paul Pepper