Unbound moving 2022 festival to The District

After years at Stephens College, the festival is moving to downtown Columbia for its seventh season.

Vox Magazine is Columbia’s connection to what’s happening in our city, providing perspective on the news and culture people are talking about.

Local businesses will host events April 21 to 24. Sunitha Bosecker, president of the festival board, says the move is something organizers previously discussed, but a scheduling conflict encouraged the transition in 2022.

Shortwave Coffee on Ninth Street, Ragtag Cinema, Fretboard Coffee, Broadway Hotel and Serendipity Salon are a few venues slated for author conversations, panels and other festival events. The Tiger Hotel ballroom will be the festival’s largest event space, and the Missouri Theatre will serve as the location for the keynote speaker, Viet Thanh Nguyen.

George and Bosecker say they hope the move will increase festival visibility and attract more community participation. It also encourages attendees to support downtown businesses, enjoy a wider array of food and explore more of Columbia.

George says he hopes pandemic restrictions won’t force Unbound to go online for another year, but organizers have the ability to pivot if needed.

“There is nothing that actually beats being in a room and that collective energy you get whether you’re on the stage or in the crowd,” George says. “You actually can’t replicate that when you’re just sitting at home watching with a cup of coffee. It’s just not the same.”

The online events meant more authors could attend. It also opened the door for participants. More than 50,000 people watched at least one of Unbound’s virtual events. And the sessions were recorded and released via the Unbound Podcast, which launched in December 2020.

Now that the festival is back in person, all attendees, volunteers and author participants must show proof of vaccination or a negative COVID-19 test result within 48 hours of the event. Masks will be required in indoor settings.

In addition to the keynote speaker, Nguyen, who won the 2016 Pulitzer Prize for Fiction, 2022 Unbound has a variety of guest authors and panel topics. Some authors include interdisciplinary artist and poet Patrick Rosal and The New York Times’ bestselling authors Nana Kwame Adjei-Brenyah and Jenny Lawson.

Panel topics include epistolary writing, graphic memoirs, nostalgia, humor writing and the medical-industrial complex. The festival traditionally hosts a panel to showcase authors and books from a specific Midwestern city, and this year’s city is Detroit.

On Sunday, Unbound will feature a new daylong event called Write On! It will be in a classroom-style setting, cost $50 and include a variety of workshops and speakers aimed at aspiring writers. This workshop will be located at Stephens College.

The Unbound Book Festival was created with the community in mind, Bosecker says. It is accessible and most events are free. She encourages people to come to Unbound, even if they have not read the books by visiting authors.

“The books don’t go out of style just because you didn’t come to that one event,” she says. “Books are pretty timeless.” 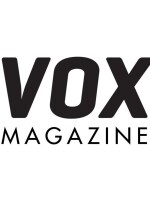