Where the Sky Doesn’t End is the name of a new novel that tells the story of a young Missouri boy and girl, Brendan and Aria, who befriend an African-American janitor at their school, Mr. Washington,who's also a former Tuskegee Airmen mechanic. The story blends themes from history, race and friendship into a coming-of-age tale that’s uniquely Missourian, and American.

Author Ron Nichols began writing the book with his then middle-school-aged daughter, to help her with her own writing homework, and to convince her writing is fun. Nichols is a graduate of the MU School of Journalism, and worked as a journalist in Fulton.

He recently spoke with KBIA’s Janet Saidi from his home in Greensboro, N.C. Here’s an excerpt from their conversation. 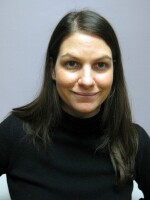