COLUMBIA -- About 42,500 tickets were sold for the 2014 True/False Film Festival, representing a slight decrease from the record set in 2013, according to organizer Paul Sturtz.

Still, the 2014 tally is the second-highest ever. The graphic below shows the estimated number of tickets sold at each festival since its 2004 inception. 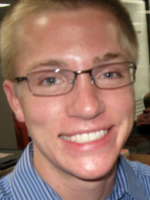 Andrew Gibson
Andrew Gibson is a digital graphics producer for KBIA. He builds maps, charts and other snazzy visuals for the station website.
See stories by Andrew Gibson
Related Content