Americans eat millions of pounds of fish and seafood and government figures show that 80 percent of it is imported. But two cousins in Iowa are hoping to find a place in that market by investing in aquaculture in a part of the country where pork is king.

Jeff and Mark Nelson have raised corn and hogs for years, but they were looking to diversify their operation. Farm raised fish in Iowa has been tried before but with limited success. It involved outdoor ponds and mostly catfish. The Nelsons’ have moved their venture inside.

An old hog barn they own used to have ten rooms, but they’ve gutted it to make room for the fish.

Jeff Nelson says after three years of research and traveling all over the country to see how others were doing it, they began raising hybrid striped bass in eighteen 10,000 gallon tanks on their farm just outside Blairsburg, Iowa.

The fish are automatically fed a high protein soy mixture between six and 10 times a day which keeps the food from being wasted and building up in the tanks.  And once they’ve reached the appropriate size, they’re shipped to restaurants and a processor in Minnesota.

“A lot of times if it’s shipped to them from another location three to five days is what they have to get it served,” Nelson says.  “Whereas we’ve heard them say that ten days after they’ve gotten our fish, it’s still as fresh as the day they got it.”

If you’ve ever had an aquarium, you know that keeping it clean can be a hassle, but in this case the water is put a recirculation process. Allen Patillio is an aquaculture specialist at Iowa State University.

“We filter the solid wastes out of the water and run it through a biological filter and that changes all the toxic parts of the water into non-toxic components and so we can continue the water over and over again and the effluent water can go out into the environment,” he says. “It’s much, much more dilute than any other style of livestock.

Patillio is one of the experts giving the Nelsons advice. Because the operation is the largest fish for food facility in the state, they’ve gotten a lot of attention. Patillio and others have written a few grants to help bolster the aquaculture industry in Iowa.

“Our goal is to create a vertically integrated type cooperative system so that we can have a feed processor as well a fish processor and a lot of fish farmers around the area,” he says.

That idea makes a lot of sense to Ray Hansen who directs ISU’s valued added ag program. He says last year’s drought and this year’s wet weather may have many farmers looking for ways to diversify.

“Certainly it’s difficult and challenging to find – let alone afford – adding ground to increase your farming operation,” he says. “And there’s pretty significant expense in starting or adding to a livestock operation so this is kind of interesting and a unique twist on how to get involved or expand your farm operation and something we’re just not used to seeing in this are.”

The Nelsons are still experimenting. They’ve installed a tank in another part of the barn and are attempting to raise shrimp. They still custom feed hogs in addition to growing corn and soybeans, but Jeff says he believes he’s found the best part of doing chores on the fish farm.

“One thing nice about coming in here: Your clothes don’t stink when you leave,” he says.

This story originally aired as part of Business Beat, a weekly program about business and economics in mid-Missouri. 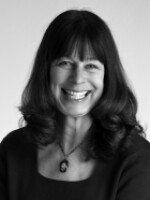 Pat Blank
Pat Blank has been with Iowa Public Radio for 27 years. She was hired as a reporter and eventually was chosen to host Morning Edition at the Cedar Falls studios in 1986. She has been host of All Things Considered since 1995. She is a nationally award-winning reporter who has also worked in commercial radio and television. Pat has served as a part-time instructor at Wartburg College and at the University of Northern Iowa, where she teaches journalism classes. She is on the Board of Control for UNI’s student run radio station, KULT. She is currently serving a second term on the Iowa Archives of Broadcasting National Advisory Board. Most recently, Pat was honored by receiving the Jack Shelley Award for Broadcast Excellence, in 2014.
See stories by Pat Blank
Related Content