Segment 1, beginning at 4:56: Donald Trump has vowed to return to the national political scene following his November loss to Joe Biden.

Having received more votes in losing than when he won in 2016, Donald Trump maintains a strong base of supporters. Sarah Kendzior expressed concern. calling Trump "a vehicle for a number of bad actors and their agendas." Should Trump not run again, who among Republicans could be the party's next presidential candidate?


Segment 2, beginning at 31:37: The Chiefs are not the only football team in Kansas City having a great year.

The Eagles, Avila University’s football team, made a startling turnaround in recent years, transforming itself from a losing program to being a top contender for a conference championship this spring. 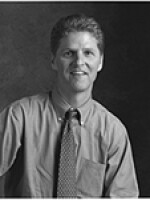 Steve Kraske
Steve Kraske is an associate teaching professor of journalism at UMKC, a political columnist for The Kansas City Star and has hosted "Up to Date" since 2002. He worked as the full-time political correspondent for The Star from 1994-2013 covering national, state and local campaigns. He also has covered the statehouses in Topeka and Jefferson City.
See stories by Steve Kraske
Chris Young
Reginald David