"Heartland, Missouri was an ambitious story for a newsroom of our size to tackle, and it’s encouraging that the judges said we were able to tell the story well." Famuliner said.

The award will be presented to KBIA at the Sigma Delta Chi Awards banquet on June 26 at the National Press Club in Washington, D.C. 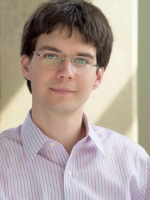