This week on Intersection we bring you a special on homelessness from Missouri Health Talks. Health reporter Rebecca Smith spoke with Jennifer Carter Dochler, the Public Policy Director for the Missouri Coalition Against Domestic and Sexual Violence and the Vice Chair of the Governor’s Committee to End Homelessness.

Smith was also joined by Teresa and Frankie Graham, the resident manager and a longtime volunteer at Harvest House – a local homeless shelter in Boonville.

They spoke about the state of homelessness in Missouri, how homelessness looks the same and different in rural and urban areas, what is being done to combat the problem and what individuals can do to help.

On Homelessness in Missouri

Jennifer Carter Dochler: It is often believed that it's "more an urban area issue,” and we often have to come back and say, "It is a Missouri issue." This is not a rural issue. This is not an urban issue.

On Homelessness in Rural Missouri

Frankie Graham: There's no difference between St. Louis and Boonville or New Franklin.

Teresa Graham: It's all over - it's not just in St. Louis, Kansas City. It's in all the little rural towns. All it takes is losing a job or a house fire - any situation like that to put them out on the street.

On the Intersection of Domestic Violence and Homelessness

Jennifer Carter Dochler: So one of the things that studies have shown us - at least for adult females - is that domestic violence tends to be the number one contributor to them ending up homeless… and often time those individuals also have accompanying children.

On What Individuals Can do to Help

Jennifer Carter Dochler: I think it's really important to get connected to the agencies that are providing homeless services to find out what are their needs. Asking the local non-profits in the community - are there things you are needing? How can we help? Whether it's making a financial contribution or helping raise donations. They might have a need for a donation that you might not have considered - sometimes it's things as simple as shampoo or conditioner and sometimes it's things like coats in the winter.

Segments of this show were reported and produced by Jonah McKeown. 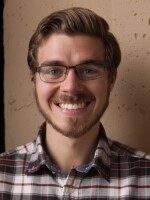 Jonah McKeown
Jonah McKeown is a Master's student at MU studying convergence journalism. His main interests include video reporting and editing as well as radio. Jonah graduated from Truman State University in 2016 with a degree in Communication, and hails from Mexico, Missouri.
See stories by Jonah McKeown

Sara Shahriari
Sara Shahriari was the assistant news director at KBIA-FM, and she holds a master's degree from the Missouri School of Journalism. Sara hosted and was executive producer of the PRNDI award-winning weekly public affairs talk show Intersection. She also worked with many of KBIA’s talented student reporters and teaches an advanced radio reporting lab. She previously worked as a freelance journalist in Bolivia for six years, where she contributed print, radio and multimedia stories to outlets including Al Jazeera America, Bloomberg News, the Guardian, the Christian Science Monitor, Deutsche Welle and Indian Country Today. Sara’s work has focused on mental health, civic issues, women’s and children’s rights, policies affecting indigenous peoples and their lands and the environment. While earning her MA at the Missouri School of Journalism, Sara produced the weekly Spanish-language radio show Radio Adelante. Her work with the KBIA team has been recognized with awards from the Society of Professional Journalists and PRNDI, among others, and she is a two-time recipient of funding from the Pulitzer Center on Crisis Reporting.
See stories by Sara Shahriari
Related Content