Joyce Slater: The Tale of the Sallybally

Joyce Slater spoke with the Missouri on Mike team at the 2021 Missouri State Fair. She's a professional storyteller, and she shared her love of ghost stories – especially Ozark folklore.

I love those really hardcore ghost stories, you know, the creepy ones, the ones that make your skin crawl, the spine tinglers, but, you know, they're not the only ones I like. I like traditional stories, things like Rapunzel and Rumpelstiltskin – hard stories that you can't really tell to most kids anymore.

But for kids, I have a lot of folktales that I like to tell, and I use some puppets with them.

The Tale of the Sallybally

Well, down in the Ozarks, there lived an old woman and an old man, Granny and Grandpa, and they had a big apple orchard. They loved to make applesauce and they would put it in a great big black pot outside on the fire and stir up those apples that Granny would peel and core.

But there was a monster in the woods and his name was the Sallybally, and he loved that applesauce too. Now, he was taller than the tallest tree in the forest, and he would come, and he would reach down and just pick up that little black pot and [slurp noise] scoop it right down, and then Granny and Grandpa had no more applesauce.

Well, one day their grandson Jack came, and he said, “I got me an idea on how to catch that Sallybally. We'll set a trap and I'll get a big rope, and then I know how to lasso, and I will spin that rope around and around and I will catch him, and we will be rid of that Sallybally forever.”

Well, he did that. They fixed up a big pot of applesauce. They put all the spices in and that Sallybally – he came a runnin’.

And Grandpa and Jack were out there looking for him and Jack took his lasso, and his rope was spinning and spinning and he only got the Sallybally's thumb, and that Sallybally took his thumb and swung Jack back and forth and back and forth until he popped right off, and then he picked up that black pot and slurped down that applesauce.

Now, Jack and Grandpa were scared. They crawled up under that black pot and hid right there. Granny was sitting on the porch and that Sallybally said, “Where are their menfolk? I want to eat them up.”

She said, “What? You have to get a little closer because I can't hear you rightly.

She said, “You just had to get a little closer,” and when he did, well, she was sitting on this old rocking chair It was squeaking – ee ee.

Well, she took that rocking chair. She jumped right in his ear, and she started rocking away – ee ee ee ee.

And you know, when they got through, they decided to cover him up with dirt and plant apple trees and now down there in the Ozarks, you can't tell which hill is the Sallybally and which here is just a plain ol’ Ozark hill. 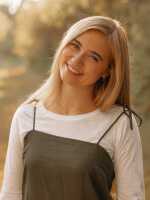